Muxía, Spain: The Rock of Abalar at the Sanctuary of the Virgin of the Boat. The movement of the rocking stone by wind or surf was used at one time to determine the guilt or innocence of those accused of serious crimes and purported to be able to heal most diseases and induce fertility. Originally a pre-Christian Celtic shrine, the Christians built a hermitage on this location at first, and later the existing church in the 17th century. The village of Muxía, on the Northern Atlantic Ocean, is one of the final destinations for pilgrims on the Way of St. James after visiting the Cathedral in Santiago de Compostela. 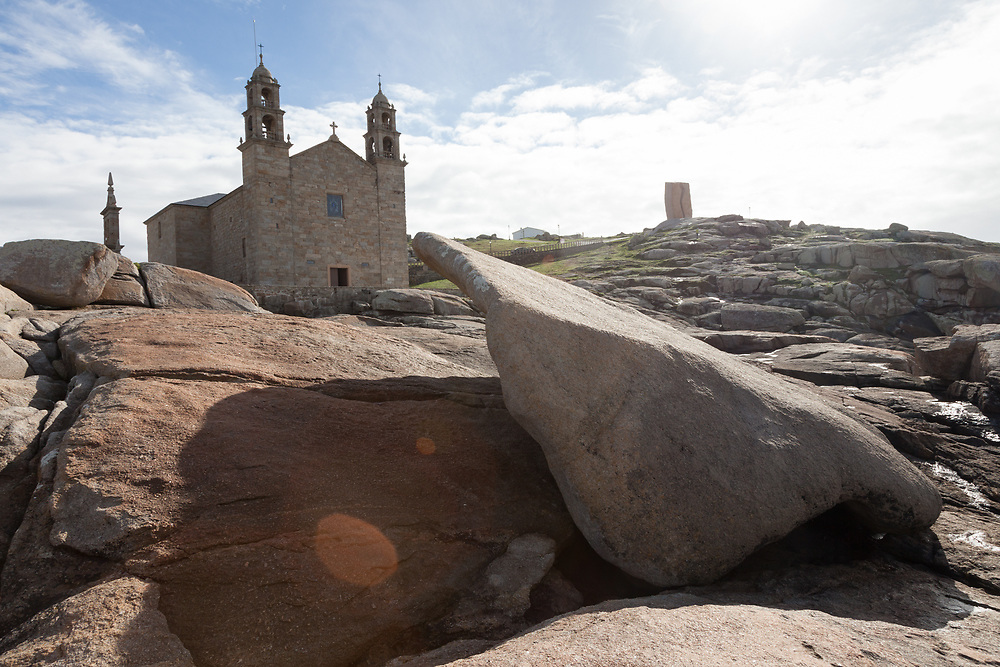