Seattle, Washington: The northbound deck of the new SR 99 Tunnel. The two mile long, bored road tunnel is replacing the Alaskan Way Viaduct, carrying State Route 99 under downtown Seattle from the SODO neighborhood to South Lake Union. The viaduct is scheduled to close permanently on January 11 so crews can move State Route 99 from the viaduct to the state-of-the-art tunnel. During the three-week realignment, State Route 99 will be closed. 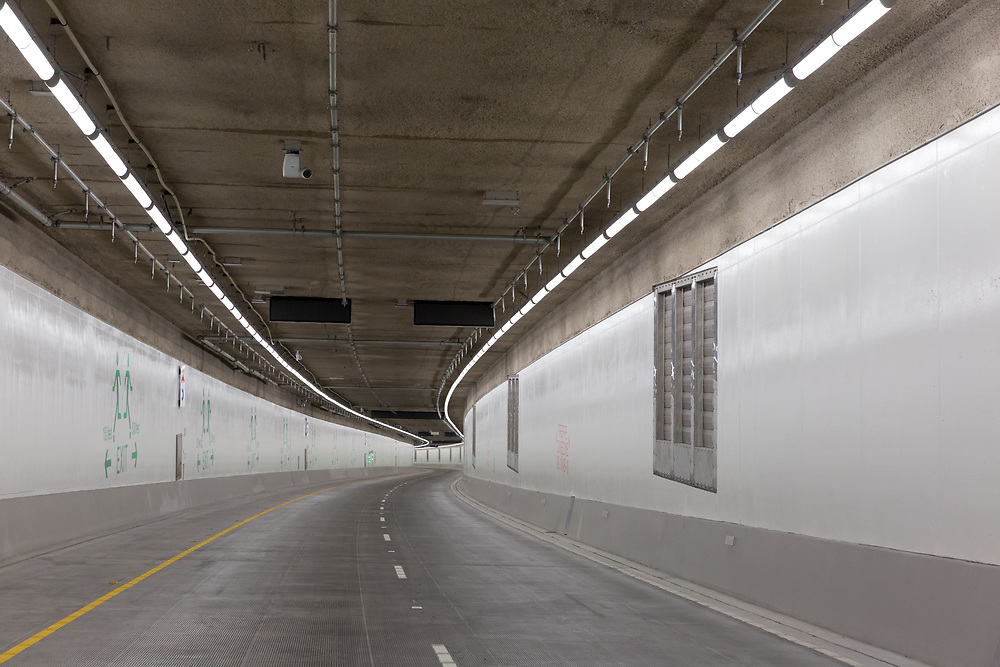