Seattle, Washington: Seattle riot police line up in Red Square during the student-led counter-protest of Patriot Prayer's Freedom Rally at the University of Washington. The UW International Socialist Organization and at least dozen other UW clubs organized the counter-protest, dwarfing the Freedom Rally. Founded by Japanese-American activist Joey Gibson, the controversial conservative group, Patriot Prayer, advocates in favor of free speech and opposes big government. Though many white nationalists attend the rallies, Gibson denounces racism and denies connections to the alt-right. They have often been criticized for anti-Muslim, islamophobic and homophobic language at the rallies. This week, a federal judge granted the UW College Republicans a restraining order preventing the college from imposing a $17,000 security fee after a credible threat of violence at the event. Most of Gibson’s rallies have been met with large numbers of counter-protestors including the anti-fascist group Antifa. 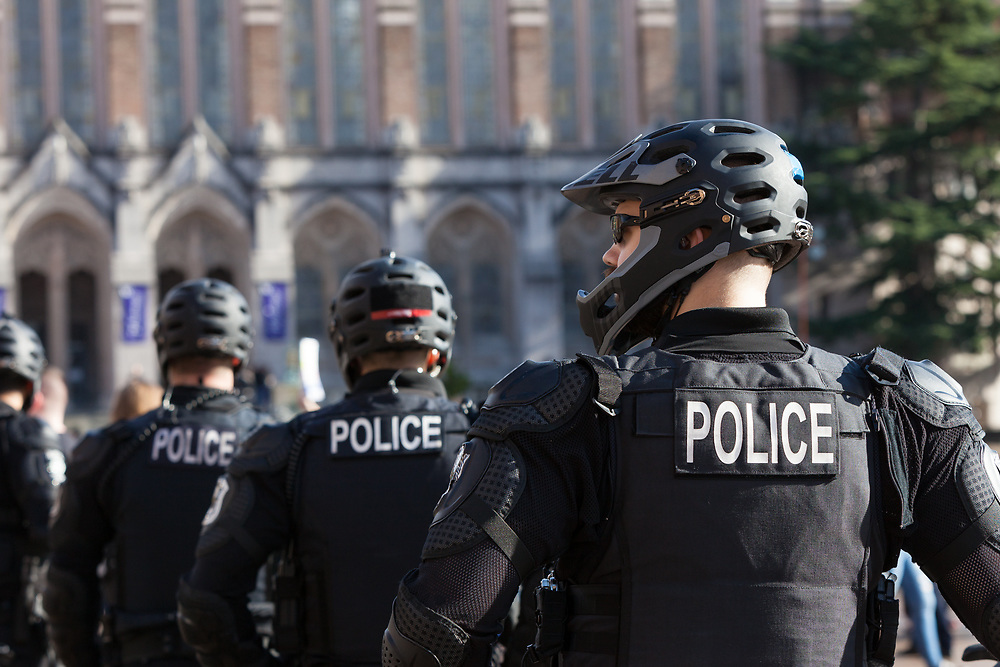