Newly married Luke Botzheim and Allan Carandang are handed flowers by supporters as they leave City Hall. Dozens of couples arrived at Seattle City Hall early to be among the first same-sex couples to be married in the state of Washington. City Hall opened its doors at 10am on Sunday, December 9, 2012 to perform ceremonies for 140 registered couples. Licenses were granted on December 6 after Washington became one of the first states to legalize gay marriage by popular vote. Local judges volunteered to officiate the weddings, which took place in five makeshift wedding chapels that were set up in the lobby of City Hall. 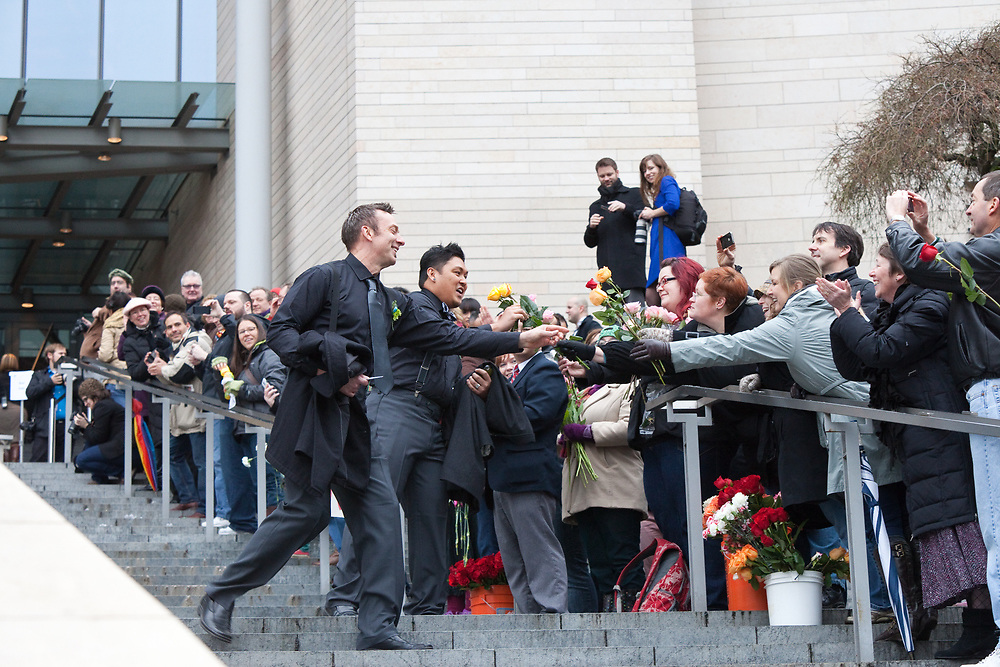