Two women hold paper lanterns next to a full-scale fabric replica of the Little Boy bomb dropped on Hiroshima at the Toro Nagashi Lantern Floating Ceremony in Seattle, Washington on August 6, 2019. “From Hiroshima To Hope” is held in remembrance of atomic bomb victims on the anniversary of the bombing of Hiroshima, Japan. The ceremony, organized by a collation of peace, religious, civil liberties and cultural heritage organizations, honors victims of the bombings of Hiroshima and Nagasaki, and all victims of violence. It is an adaptation of an ancient Japanese Buddhist ritual, the Toro Nagashi, in which lanterns representing the souls of the dead are floated out to sea and prayers are offered that the souls may rest in peace. The solemn ceremony is reenacted each year at this time in Hiroshima, Nagasaki, and in many cities around the world. 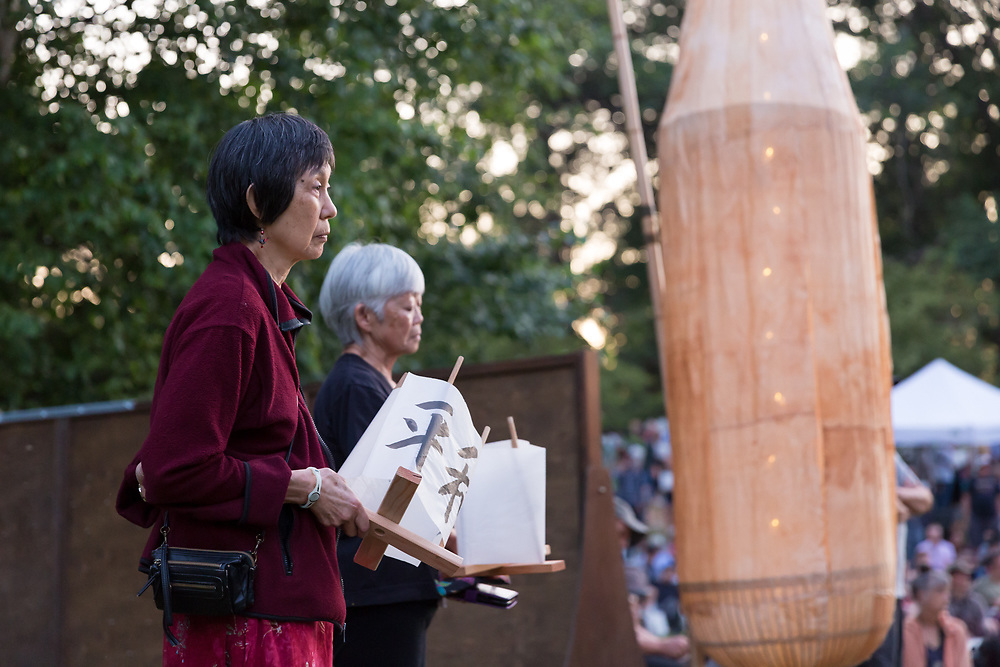