Seattle, Washington: Members of MMIW (Missing and Murdered Indigenous Women) perform an opening prayer and blessing at the Seattle Women's March 2.0. Their mission is to raise consciousness, unite and demand action for Indigenous women, girls, Two Spirit and LGBTQQIA people who have been murdered or gone missing, tortured, raped, trafficked or assaulted. Members and supporters attending the gathering were encouraged to wear the color red as a show of solidarity. Thousands gathered at Cal Anderson Park for the rally and march in solidarity with nationwide demonstrations championing voting rights and women running for office as part of the "Weekend of Women". 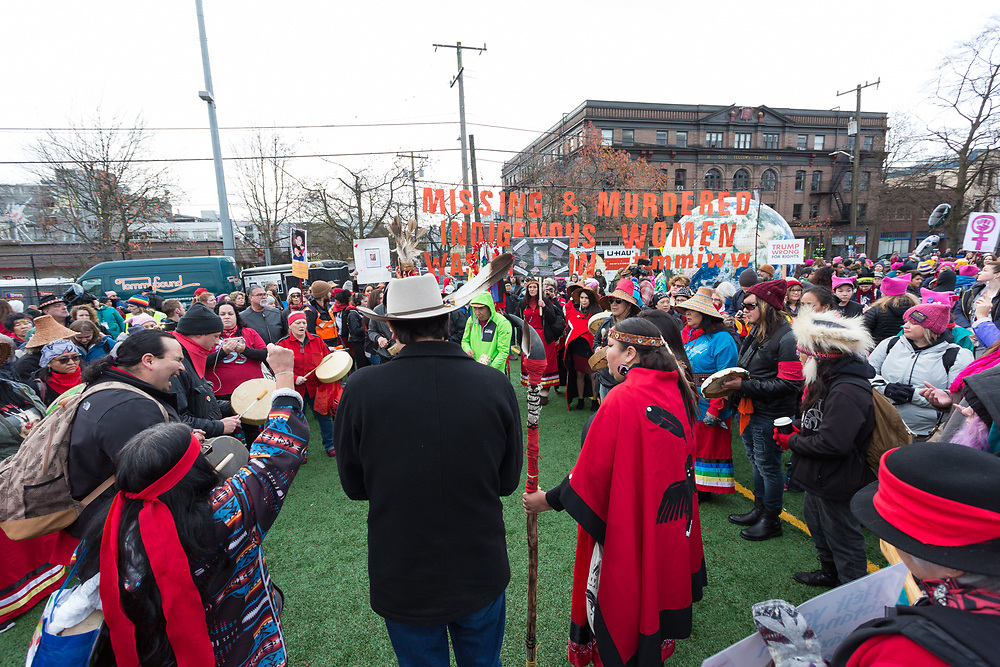