Seattle, Washington: Large puppet faces in Norma Baum's Ballard studio in preparation for the Seattle Women's March 2.0. Along with a team of volunteers, she created a collection of women puppets for the original Womxn's March on Seattle in 2017. Dubbed “The Guardians”, the puppets represent current and historical feminist figures including Dolores Huerta, Rosa Parks and Helen Keller. The Seattle Women's March 2.0 is an organized rally and follow up to the original Womxn's March on Seattle. The march will be held on January 20, 2018 in solidarity with nationwide demonstrations championing voting rights and women running for office as part of the "Weekend of Women". 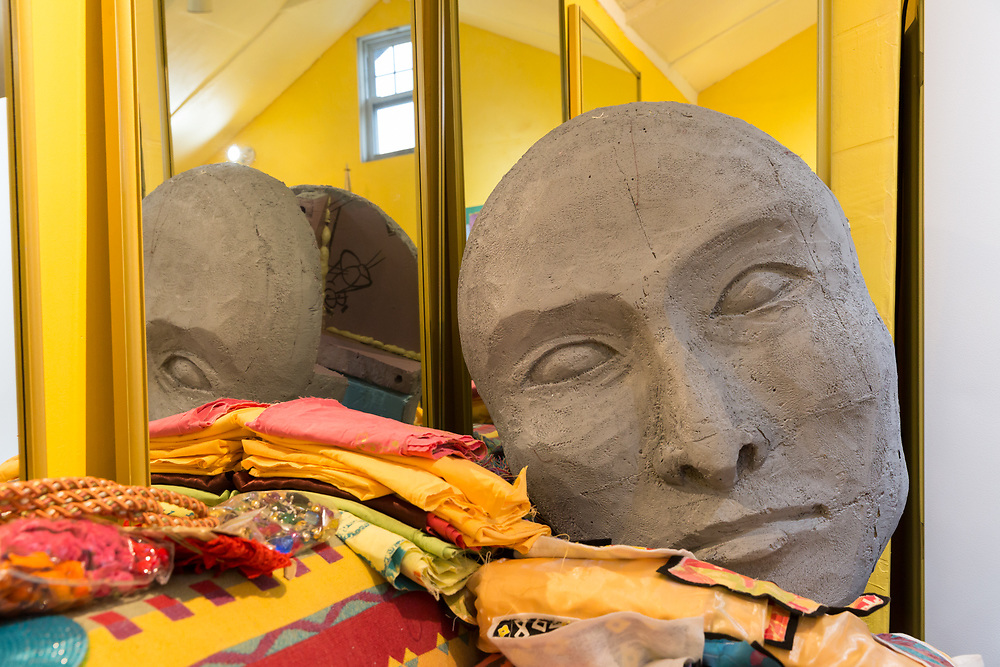